Today at 1pm, Bernardo and I are psyched to be performing LIVE on Lowell radio station 980 WCAP! We’ll be on the show Live at Jack’s Cafe, hosted by Jack Baldwin. He’ll interview us about this weekend’s New England Music Awards, and then we’ll perform a couple of tunes off my new album, Unbound. Tune your radio to 980AM or click here to stream live online! 1pm sharp! 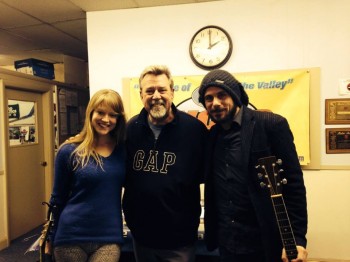 Me, Jack and Berna at WCAP in Lowell 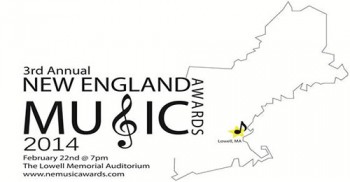 I am humbled, surprised, and more than a little excited to announce that I have been nominated for Female Performer of the Year at the New England Music Awards! Yahooo!

Click here to see the list of nominees, and to VOTE for your favorites (wink wink) – now until Jan. 31!

Now in its third year, the N.E. Music Awards “are presented to the musicians who call New England their home and whose dedication, spirit, and achievements over the last year have without a doubt established themselves as a contributing force to the most robust and diverse music scene in the country.” It is quite an honor to be nominated among such talented artists, hailing from all across New England!

But, the committee is not the only deciding factor in who wins – YOU can vote too! From now until January 31, friends, fans, family, whoever can vote for free online in support of their favorite artists. To vote, please CLICK HERE and vote for me in the “Female Performer of the Year” category. I need all the support I can get, and would really, REALLY appreciate yours!

I know I’ve said this a lot in 2013, but the truth is, music is community. A performer is nothing without her audience. And I would not be where I am today — which is, well, basically walking on clouds — without the incredible ongoing support of my friends, fans, and family. So THANK YOU for making 2013 such an amazing year. Onwards to a bigger and even better 2014!

Much love and deep gratitude,