On the road – NYC and Philly 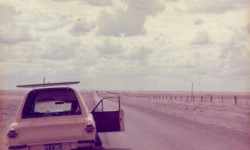 In the first week of March, Marina and the band (Jack Tomaiolo, Pete Lindberg, and Dave Borge) head south for three shows in New York City and Philadelphia. And what better venue to kick off a mini-tour than the world famous Bitter End? Celebrated as New York City’s oldest rock venue, The Bitter End’s stage has been graced by such greats as Bob Dyan, Joni Mitchell, Norah Jones and Bo Diddley. Marina makes her Bitter End debut on Wednesday, March 7 at 10pm – come show your support!

Next stop: The Legendary Dobbs in Philadelphia. This famous rock club – “a long-standing institution for artists and music enthusiasts alike” – has seen such names as Nirvana and The Smashing Pumpkins. Marina and the band are psyched to play a set upstairs on Friday, March 9 at 8:30pm – get the show details here!

Last but certainly not least, we head back to NYC to play the Ella Lounge on Saturday, March 10. Opening up for Life on Wax, Marina and the band are part of a showcase put together by NY’s own Turnstyle Music Group. Marina goes on at 9:30pm – get discounted advanced tickets here for just $5!