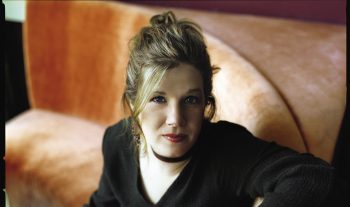 One of the most lauded singer-songwriters of her generation, Dar Williams has been captivating audiences with her sheer elegance and honesty in her folk-pop songwriting since the early ’90s. Williams’ growth as an individual over her almost three-decade-long career has gone hand-in-hand with her evolution as an artist. She has toured with such distinguished artists as Joan Baez, Patty Griffin, Ani DiFranco, and Shawn Colvin, and is a regular contributor to the Huffington Post‘s Green Blog. A dedicated environmentalist, Williams toured throughout the northeast visiting children’s camps and planting bee gardens in summer 2011.